The White House Initiative on Asian Americans and Pacific Islanders

The Asian American or Pacific Islander (AAPI) population is the most rapidly growing ethnic group in the country and is expected to increase to over 40 million individuals by 2060.  AAPIs have helped build a strong and vibrant America.  Generations of AAPI individuals, families, and communities are composed of diverse and varied ethnicities, languages, and cultures, and include residents of United States Pacific Island territories and freely associated states.  They play an important economic role, having started businesses and generated jobs that pay billions of dollars in wages and taxes, including founding some of our Nation’s most successful and innovative enterprises.  Asian Americans and Pacific Islanders have made important contributions to science and technology, culture and the arts, and the professions, such as business, law, medicine, education, politics, and economics.  Their shared accomplishments and legacies are inspirational, significant, and celebrated part of the American experience.

While we celebrate the many contributions of the AAPI communities to our Nation, we also recognize that AAPI communities and enterprises encounter challenges accessing economic resources and opportunities.  Many of the more than 1.9 million AAPI-owned enterprises are small sole-proprietorships that need assistance to access available resources such as business development counseling, small-business loans, and government procurement opportunities.  Today’s AAPI workforce is the largest it has been in American history, and we will continue striving toward furthering AAPI advancement in employment and workforce development as well as increasing AAPI participation and representation in the upper levels of leadership in the public and private sectors.

Learn more about our mission and the Executive Order on Economic Empowerment of Asian Americans and Pacific Islanders that was issued on May 13, 2019.

FOR IMMEDIATE RELEASE Tuesday, January 19, 2021 CONTACT: whiaapi@doc.gov WASHINGTON, D.C. – Executive Director of the White House Initiative on Asian Americans and Pacific Islanders and the President’s Advisory Commission on Asian Americans and Pacific Islanders, Tina Wei Smith today highlighted the major accomplishments of her tenure as Executive Director from 2019 to 2021. Smith is also...

Year in Review: Our Most Popular Stories of 2020 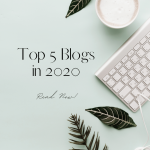 As we welcome 2021, we reflect on some of the most popular stories of last year. The Department of Commerce continues to work every day to promote job creation and economic growth by ensuring fair and secure trade, providing the data necessary to support commerce, and fostering innovation by setting standards and conducting foundational research and development. The following blogs generated the...
Space commerce

The President’s Advisory Commission on Asian Americans and Pacific Islanders will host their quarterly open meeting virtually on Wednesday, January 13, 2021, from 4:00pm (ET) to 6:00pm (ET). The Commissioners will discuss their 2020 PAC-AAPI Report. Following the meeting will be an AAPI Town Hall, please join us for an opportunity to hear updates from the federal government on resources and...